When last I wrote, we were heading to James Island, just south of Charleston. We began in Folly Beach, which was pretty much shut down for the Winter. We still got a nice beach walk in…

And we had happy hour drinks at a local watering hole. Which, in South Carolina, is amusing, because they can only pour hard alcohol out of those little bottles. Your manly sports bar bartender looks pretty wimpy trying to mix a drink with these.

Bowen’s Island is definitely an eating experience. As you drive out on Bowen’s Island Road, a sign alerts you that you are heading beyond what the county maintains, so the last half mile or so is on gravel. You pull up by what looks like a shack, and find your way inside.

Though serving all manner of faire, what you’re coming for are oysters. There are two ways to order oysters — for $12 you can get a cafeteria tray covered with them, or for $19 you get all you can eat, literally shoveled pile after pile on your table, which happens to be covered in newspaper.

We weren’t sure if we wanted to gorge solely on oysters, so we settled for the $12 option, along with a plate of shrimp.

Sitting down, you are presented your shucking knives sitting on your towels (no napkins here!), 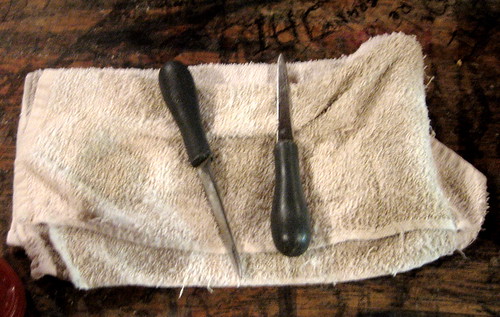 and your bucket for shells 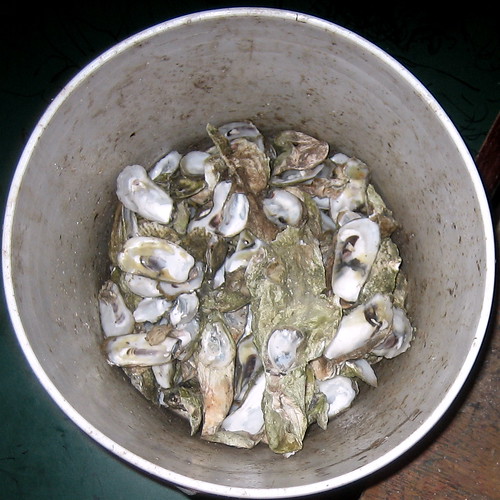 (This is after we’ve had a few)

You look around, where every surface is covered with writing 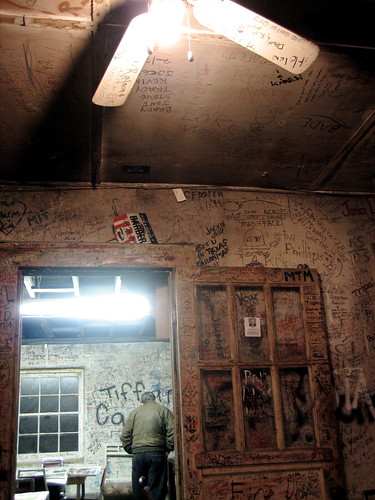 and then you’re served your tray heaped with oysters. This is different than your typical served oyster — these are not pristine creatures served in their solitary shells. Shells are clumped together, and the majority of oysters are teeny little things.

And then you start eating… 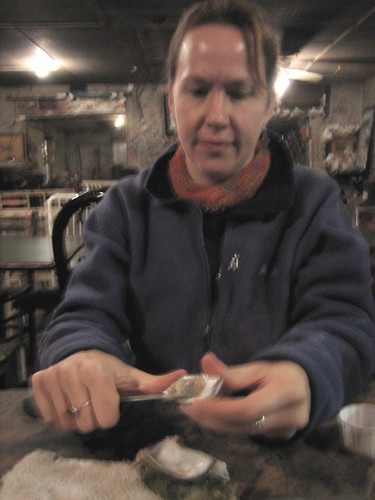 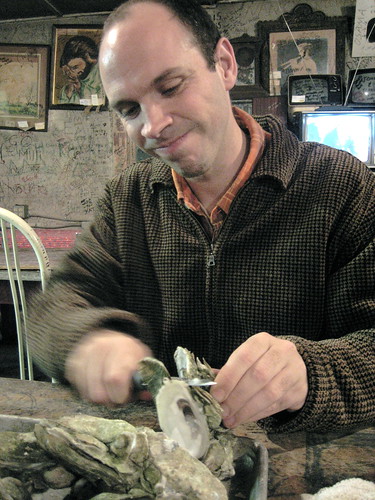 Which you do until you’re done.

Out back, you can enjoy the funky aroma of the shell pile 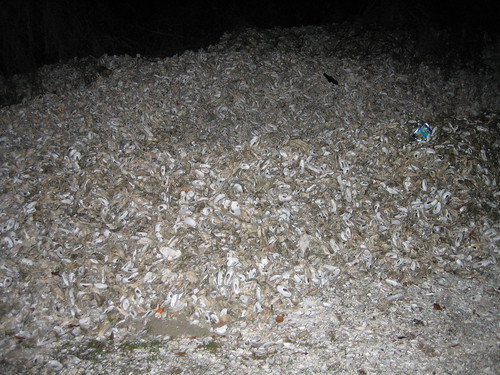 After dinner, we headed to the James Island Holiday Festival of Lights. You pay your $10, and drive around see some very pretty electric light creations, and then get out and have yourself a marshmallow roast! 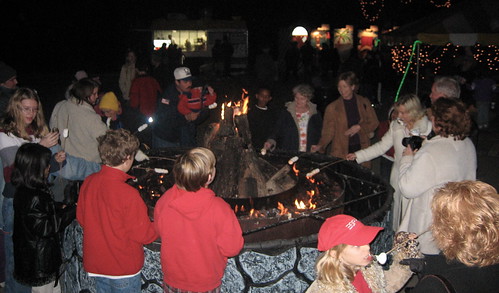 It was truly a lot of fun, and the kind of thing I wish we had in the Bay Area!

Our next day, we went on an architectural walking tour, that was pretty good. We then headed on, first to Columbia, South Carolina, where there was absolutely nothing to do, and so we continued to Charlotte, where we had a nice meal at Alexander Michaels, a loud drink at Therapy, and then settled in for the night. 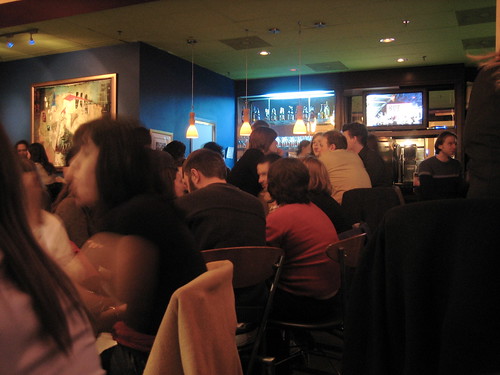 That’s enough for now… next up, Old Salem!