It’s been a while since my first full day in New York. I haven’t had time to write, which must be a good thing.

1. Chinatown might be the most… neighborhood-y neighborhood on Manhattan. It’s very clear that the residents live and work there… It’s got a strong connectedness. Every other neighborhood is such a destination. 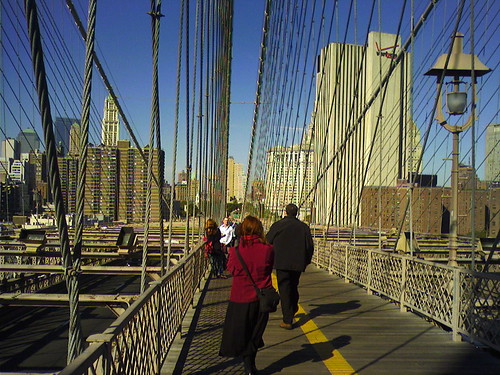 3. Dinner at Celeste was quite good. 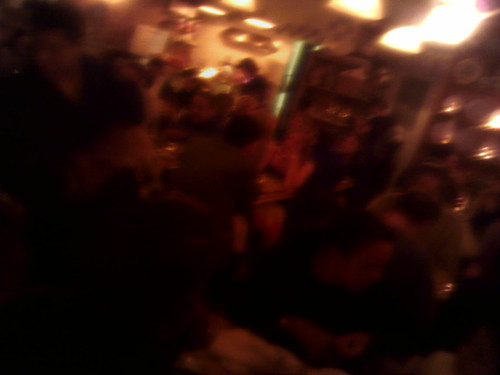 It’s hardly a “find” (it’s highly-rated in Zagat’s), but still, with entrees that hover around $10, glasses of wine for $5, and truly immaculately prepared meals, there’s a lot going for it. 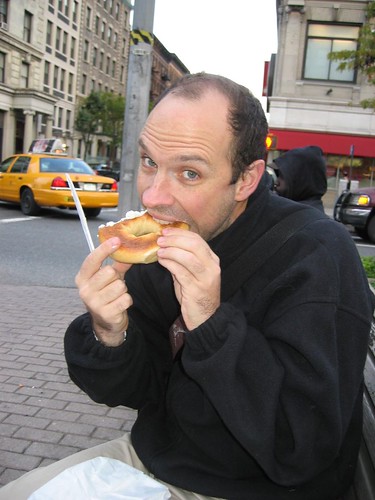 5. Though wildly overpriced, taking a horse-drawn carriage around Central Park at night is delightful, and really, something you simply cannot do anywhere else on earth. 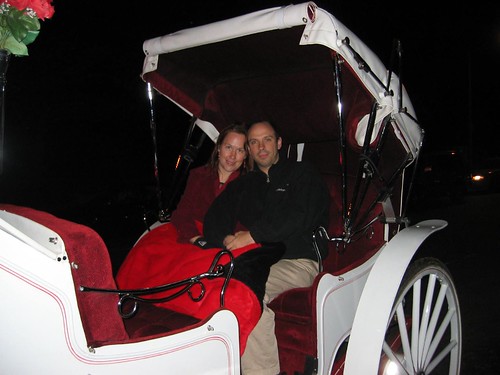 6. Dean and Deluca and the Gourmet Garage simply make me cherish the Berkeley Bowl all the more. But Zabar’s… I mean, it’s a mob-scene mad-house, but it’s also got amazing stuff at good prices.

7. Seeing a Big Show at the Met on a weekend is an exercise in near-futility. The Van Gogh drawings were great, but the jostling… ugh.

8. That said, little is as serene as the under-attended Japanese Art rooms at the Met. And many of the pieces there are amazing. My favorite: the gibbons.

9. I don’t think the shitty art in the Art Bar has changed in 10 years.

10. The cupcake I had at Magnolia Bakery was not all that. It was okay, but the frosting was too dense for dense’s sake.

11. New York Unearthed is kinda pathetic. I mean, I love the material, what little is there, but it is sadly sadly unloved.

12. Hotel Chelsea – definitely grows on you. I’m quite enjoying it here.

14. d.b.a. – still good stuff. I ordered an Old Foghorn, which is a barleywine brewed by Anchor. The bartender, not quite knowing what she was doing, served it in a pint glass. Typically, it’s served in a smaller goblet, like a Belgian ale. Not that I complained.